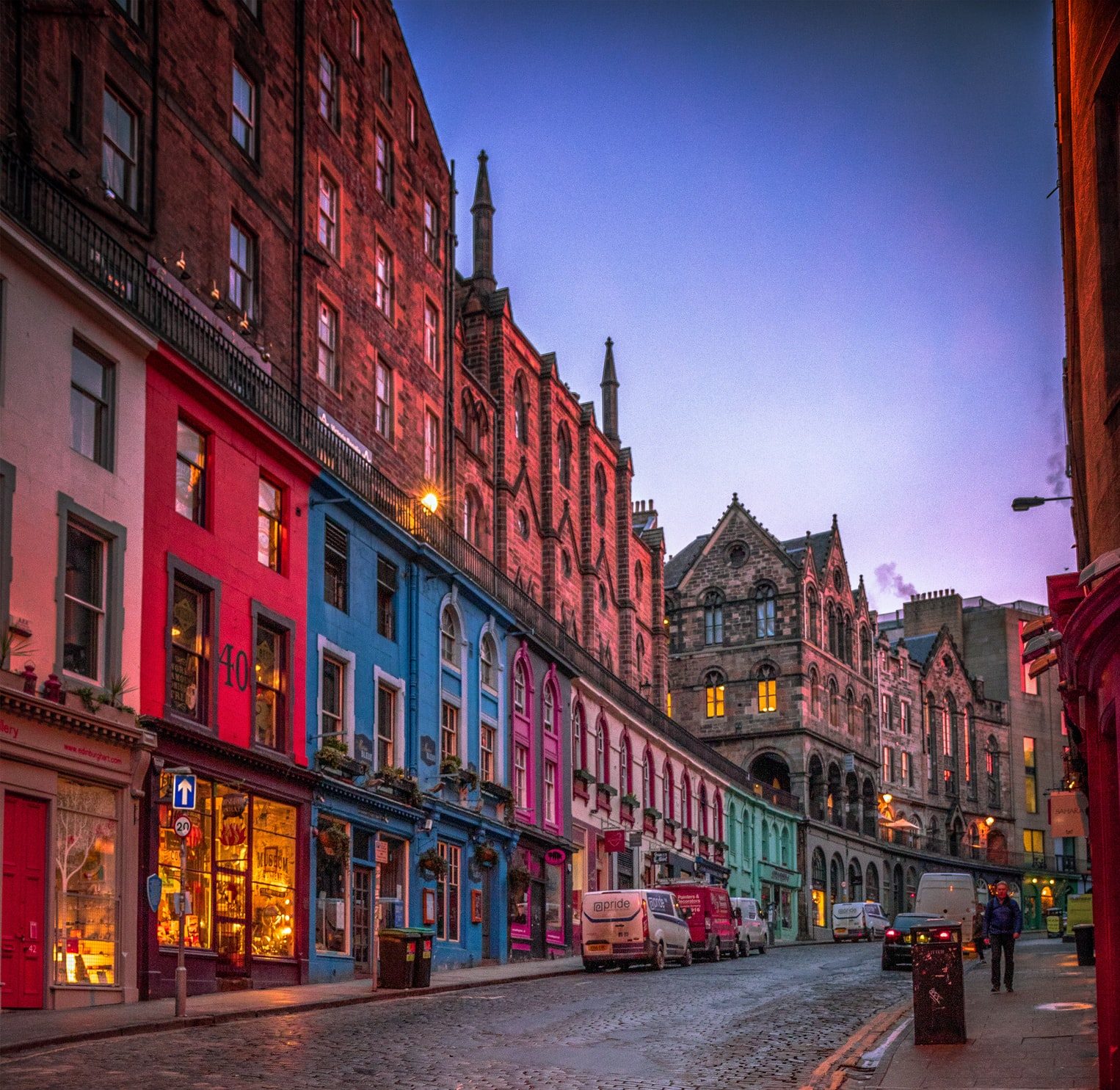 Five things to do in Edinburgh to learn about Scottish history

From landmarks and museums to Scottish mythology, here’s our pick of things to do and places to see during your stay in Scotland’s capital city.

Historically part of the county of Midlothian, Edinburgh is located in Lothian on the southern shore of the Firth of Forth. Having been occupied since the Bronze Age, it’s now Scotland’s second most-populous city. It grew from the site of the prominent Edinburgh Castle, which sits regally on top of an extinct volcano, and spread from there to the Old Town, which dates from 1130, to the affluent New Town created in 1726. Live music, museums, galleries, ancient streets and churches, the world-famous Edinburgh Fringe Festival and stories in every nook and cranny make it a great visit.

From the top of Calton Hill, you can see Edinburgh’s Old Town. It’s home to Nelson’s Monument, the National Monument and City Observatory and is the easiest viewpoint to walk to in the city. The iconic hill, which has been the centre of several historic paintings and photographs, is also the headquarters of the Scottish Government, based at St Andrew’s House, on the southern slope of the hill. The Scottish Parliament Building and other prominent buildings such as Holyrood Palace lie near the foot of the hill.

Arthur’s Seat is one of four hill forts, dating from around 2,000 years ago. Edinburgh’s highest point is the peak of Arthur’s Seat, the 822ft hill on the site of an extinct 350-million-year-old volcano, which makes the park older than the city itself. From the top of the hill, there are unrivalled bird’s eye views of the entire city. It’s within Holyrood Park, one of the largest city parks in Europe, and takes about an hour to walk up. There’s no definitive reason behind the name Arthur’s Seat, however it’s believed to be related to King Arthur and one theory suggests it could be a possible location for Camelot, his castle and court.

Edinburgh’s Royal Mile runs from Edinburgh Castle down the mile-long volcanic trail to Holyrood Palace. It’s the heart of the city, full of cosy pubs with live music, tartan-filled souvenir stores and several free museums. It’s divided into five sections: Castlehill, with the Scotch Whisky Experience; Lawnmarket, home to The Witchery, supposed ex-meeting place of witches, now upscale Scottish restaurant; High Street, with St Giles’ Cathedral; Canongate, home to Canongate Kirk where the Queen worships; and Holyrood Palace at Abbey Strand. Every vennel (alley) has a story to tell and many have plaques with tales of distinguished residents.

4. Enjoy the city’s museums and galleries

Most museums and galleries are free. The National Museum of Scotland is in a fine Victorian building on Chambers Street, opened in 1866. Its exhibits cover natural history, ancient civilisations, natural disasters, technology and world culture. The Scottish National Gallery, in the centre of Princes Street, showcases European masters including Van Gogh, Canaletto and Gauguin and Scottish artists including Henry Raeburn and Reverend Robert Walker. The Royal Mile houses free cultural museums: The Writers’ Museum, Museum of Childhood, The People’s Story and the Museum of Edinburgh.

Edinburgh Castle has been a vital form of defence for the city since the 12th century and at different times has been home to royalty, the chief seat of power and a military base. Today it includes the Crown Jewels, dungeons and canon Mons Meg. Holyrood Abbey was built in 1128 by order of King David I and Holyrood Palace started as lodging for visiting worshippers. It grew in importance to become the royal home in the 15th century and is now the official Scottish residence of the Queen. Mary Queen of Scots’ chambers and the Great Gallery are highlights.