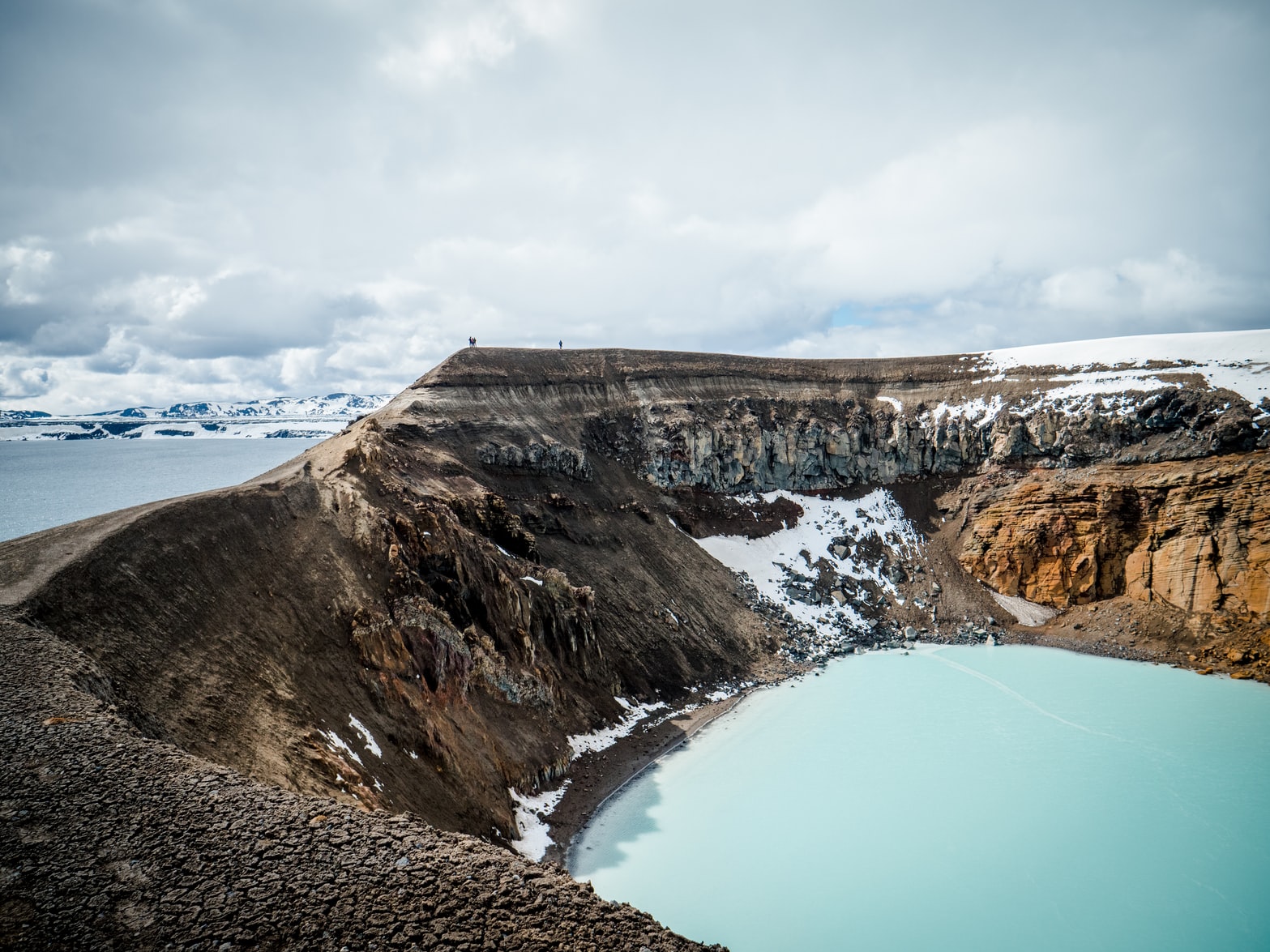 A large, uninhabitable volcanic desert, the Icelandic Highlands draws curious tourists from around the world.

Untouched and uninhabited, the Highlands make up Iceland’s volcanic desert interior. Accessible only in the summer months, this is an unforgiving land where plant growth is nearly impossible; the ground is made up of the muted colours of grey, black and brown dirt and ash. However, it’s also an area that’s home to hardened lava, striking glaciers, the ethereal Northern Lights, black deserts and geothermal mountains — there’s a stark beauty and sense of peacefulness among the bleak landscape.

Technically on the border between the Highlands and coastal lowlands, Skógafoss is one of the biggest waterfalls in the country, with an intimidating drop of 200ft. The dramatic scenery was used as a location for films including Thor: the Dark World, The Secret Life of Walter Mitty and Game of Thrones. On summer days rainbows are created as water droplets mingle with the sun’s rays, which makes for a great photo opportunity. Legend has it that the first Viking settler in the area, Prasi Porolfsson, buried treasure in a cave behind the waterfall. The story suggests that locals found the chest years later but were only able to grasp the ring on the side of the chest before it disappeared again. The ring was allegedly given to the local church. The old church door ring is now in the Skógar museum.

Askja, meaning box in Icelandic, is a complex array of calderas (volcanic craters) used by Neil Armstrong and Buzz Aldrin in preparation for their mission to the moon. Located in the Dyngjufjöll Mountains, the area was virtually unknown until a huge eruption in 1875. The many collapsed volcano mouths are now home to a number of serene lakes that belie their tumultuous beginnings. Visitors come to admire the otherworldly landscape, which is best experienced on a guided tour. It does possess an eerie atmosphere and claimed the lives of scientists in 1907 and 2014. However, if you’re in luck, you may catch a glimpse of the Northern Lights.

Visit Vatnajökull – the glacier of lakes

Vatnajökull is Iceland’s largest glacier and covers more than 8% of the country with an average thickness of 1,300ft. There are several volcanoes under this glacier and eruptions from the volcanoes have led to the development of large pockets of water beneath the ice, which may burst the weakened ice and cause a jökulhlaup (glacial lake outburst flood). During the last ice age, numerous volcanic eruptions created many subglacial eruptions. On this sweeping expanse of bright white, visitors can choose between organised snowmobile tours and trips, ice-climbing, trekking and sailing between the icebergs on Jökulsárlón lake. At the nearby Höfn Glacier Museum it’s possible to learn everything about Iceland’s geology and natural history, including the 56 Icelandic words for ‘snow’ and ‘ice’.

Hveravellir (‘hot spring fields’) is a geothermal hotspot located in Iceland’s western Highlands between two glaciers. Tourists can take a dip in the small geothermal pool and encounter bubbling mud pits and Öskurhöll, the ‘roaring’ hot spring. Tourists can watch smoking fumaroles and bubbling water holes, providing a special experience whether you visit during summer or winter. Fenced in by glaciers, mountain craters and lava fields wherever you look the scenery is breathtaking. It’s also possible to explore the caves where husband and wife outlaws Fjalla-Eyvindur and Halla lived during their 20-year exile in the 1700s. A poignant monument of two heart-shaped stones imprisoned behind steel poles has been erected here in their memory.