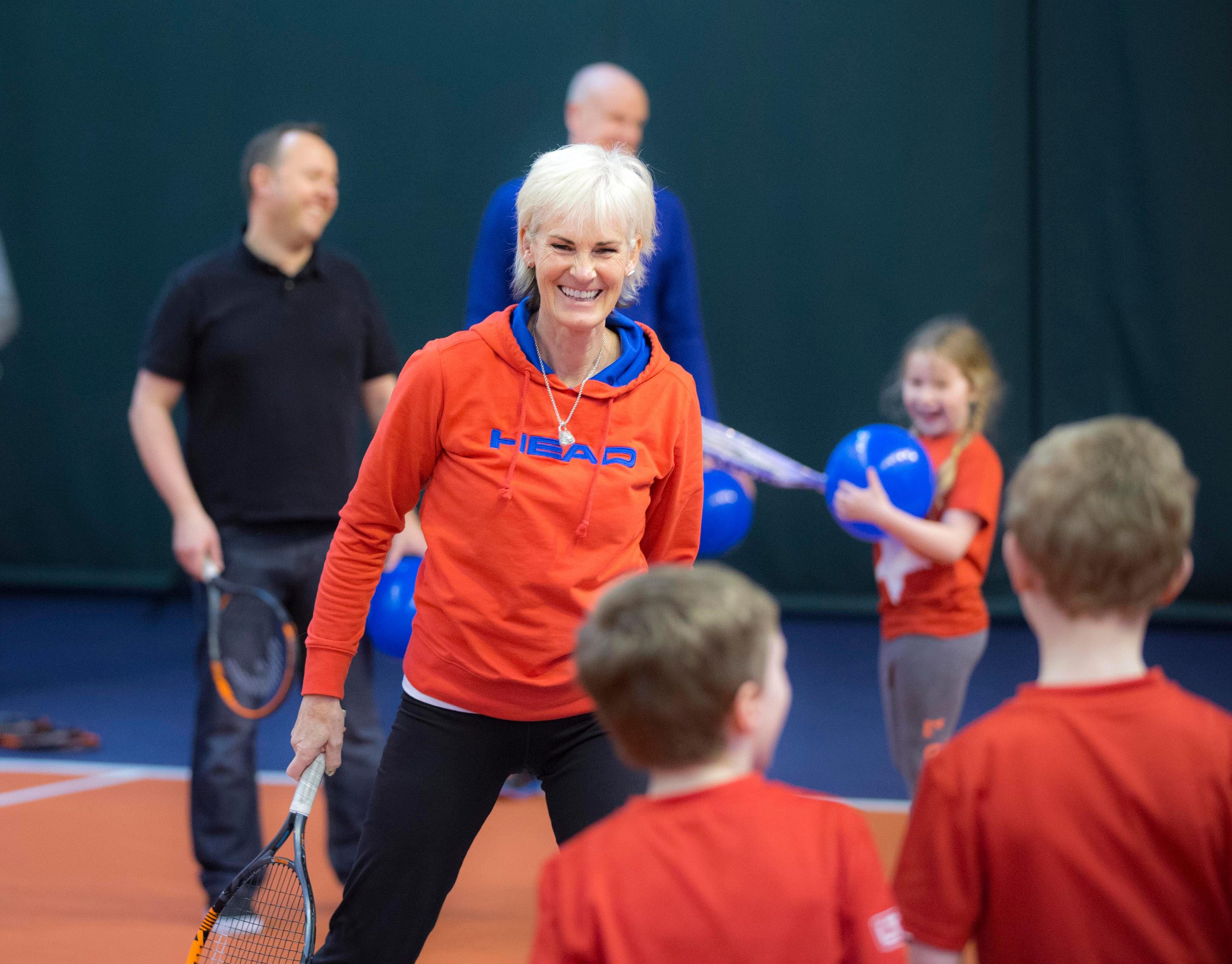 From padded hula hoops to mini trampolines, British tennis coach Judy Murray OBE shares some top tips on how to keep fit in your 60s.

Looking after your physical health can lead to a long, fulfilling life — as well as impacting positively on your mental health. Judy Murray — mum of tennis stars Sir Andy Murray and Jamie Murray — knows this all too well. As an ambassador for healthcare charity Nuffield Health’s Healthier Nation Index, she’s concerned by a new report by Nuffield that suggests a quarter of over-55s have done no exercise at all since the start of the first lockdown.

“Something has to be done to encourage the older generation to keep fit,” says Judy. “Good physical and mental health are intrinsically linked, and the report shows the pandemic has had a significant impact not only on the nation’s mental health but also on our ability to exercise. The focus must now be on helping people get active to make sure we don’t store up problems for the future.”

The Healthier Nation Index — based on a survey of over 8,000 Britons — creates a detailed picture of the nation’s health since the start of the pandemic.

“It’s deeply worrying that one in four people over the age of 55 haven’t exercised at all in the past year — but the good news is it’s never too late to get moving and reap the benefits of a more active life,” says Judy. “We need to make sure everyone has the tools they need to look after their mental and physical health, and everyone should see 2021 as a critical opportunity to prioritise their health and wellbeing.”

Speaking to me from her Perthshire home, Judy looks a picture of health. It’s no surprise, as keeping fit is, she tells me, in her blood. Although lockdown proved hard, because she missed her tennis coaching and other work, she refused to let it get her down. In fact, staying active by cycling around the countryside near her home was, she says, one of her greatest pleasures.“Maybe in the first lockdown, watching Netflix and eating Kit Kats was fun for a bit, but then I felt the need to exercise my body and mind — that has always been a way of life for me.”

As well as using a padded hula hoop to keep her body moving, Judy embraced a trampet — a mini trampoline, which she highly recommends. As well as improving cardiovascular health and working muscles all across the body, the health benefits of trampolining can include improved bone density and strength — both hugely important as we get older. It’s low-impact too, so will put less pressure on any weak joints or sore spots.

“I used to do a lot of skipping, but the hard surface hurt my joints,” she says. “For people wanting to do something with less of a hard landing, put a duvet on the floor to cover the hard surface and exercise on that. And, most importantly, get outside — walking on grass is a lovely thing to do. Buy a pedometer, too; take it one step at a time and you’ll be amazed at how much better you’ll feel both physically and mentally.”

Tennis at home: Judy Murray is keen to raise awareness of tennis and fitness to all ages. To this end, she has teamed up with Scotland’s education body to create a ‘tennis at home’ web series for youngsters to give young people the opportunity to develop tennis skills over the summer. What’s not to like?