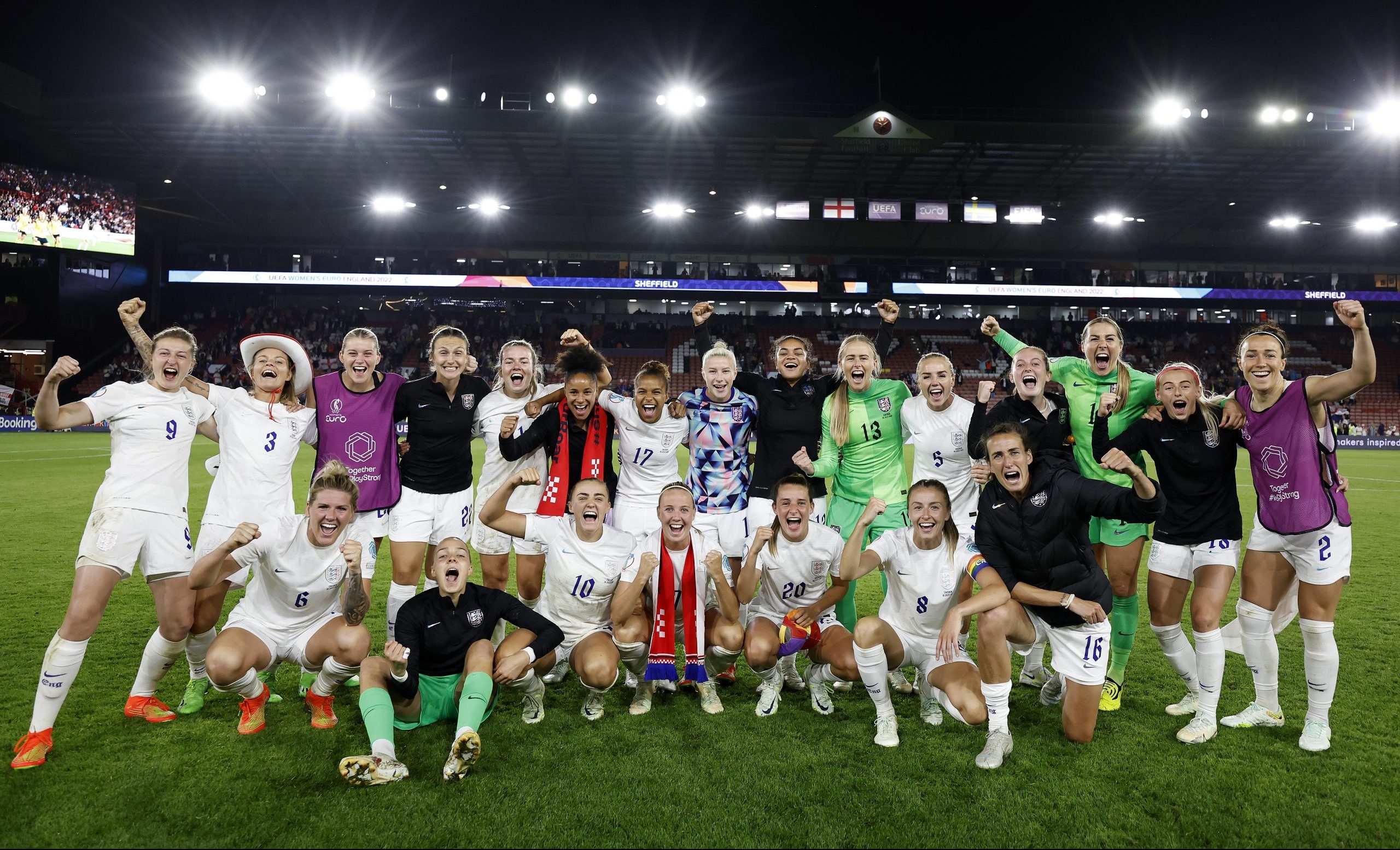 After beating Sweden last night, the England women’s team are on their way to Wembley Stadium on Sunday to play in the final of the UEFA Women’s Euros 2022 — here’s where to watch it in London.

Last night the England women’s team made it to the finals of the UEFA Women’s Euros 2022 after beating Sweden at Sheffield’s Bramall Lane 4-0. Football fans went particularly wild for the incredible back-heel goal from Lioness Alessia Russo, which went straight through the Swedish goalkeeper’s legs and will surely go down in history.

Tonight, their opponent at the finals will be decided in a game between Germany at France at Stadium MK in Milton Keynes and then the final will be played at London’s Wembley Stadium on Sunday 31 July at 5pm. If you’re not lucky enough to be watching it at the stadium, here’s where you can watch the UEFA Women’s Euros 2022 final across London.

From 23 July, the central London landmark has been transformed into a zone for fans to not only watch the semi-finals and final match live, but it’s also hosted a series of events and activities every day. Open from 11am on Sunday, you’ll find a pop-up football pitch, interactive football-themed sponsor activities, live panel discussions, interviews and music, food and drinks stalls, and official UEFA Women’s Euro 2022 merchandise. Find out more here.

You won’t miss any of the action here, as you’ll not only find a massive 24ft HD cinema screen, but also an additional six indoor screens and two more screens on the balcony. Clapham Grand opened in the 1900s as a theatre, but now serves as both a theatre and a nightclub, so is sure to be a good place to celebrate if the England women’s team win. The event on Sunday will be ticketed, each coming with a free drink.

This former east London brewery was once the largest in the world (some 200 years ago). Now it’s one of the biggest beer halls in the UK so, come Sunday, you can expect to see it full of football fans cheering on our Lionesses. The huge hall has big screens to match and plenty of seating, but try and book ahead online.

Watch Sunday’s game with Baller FC, a queer collective who love football, and have been hosting inclusive screenings of the tournament from The Stag’s Head in Hoxton. This event will be first come, first served for seating, with entry opening at 4pm. Ahead of the event you can join Baller FC on Friday from 7pm, where artist and footballer Rosanna Frith-Salem will be hosting her Euros Goal Drawing Workshop, £5 per person.

For a slightly more upmarket affair than other venues, head to Eccleston Yards and watch the action from a deckchair on the lawn with pizza and a glass of wine. You can’t book a spot ahead of the day, and it’s a fairly small area, so you’ll probably need to arrive nice and early to secure your deckchair.

This former car park is set to be developed in the coming years but, in the meantime, it’s a large outdoor venue from which you can watch the game on a big screen this weekend in their courtyard. There will be Bacardi cocktails and food from Bad Boy Pizza Society, with bookings available for up to 25 people at a time (if space remains).

All three locations across London (Croydon, Shoreditch and Wembley) will be showing the game on Sunday. This spot is sure to be busy after scenes of the 2018 World Cup were broadcast from all three Boxpark locations, with beer going everywhere (be warned), so it’s recommended to book ahead to guarantee you can get in.