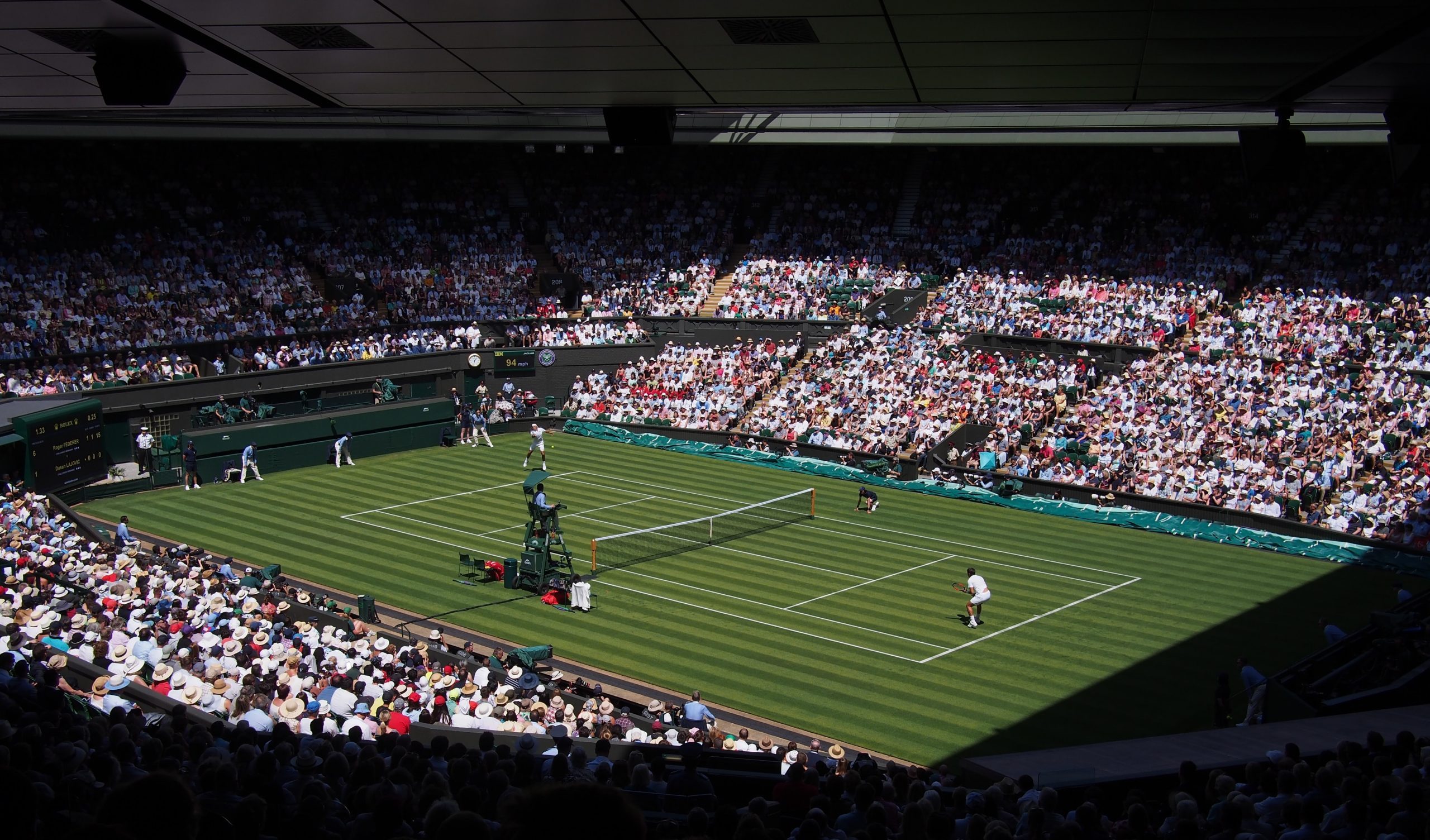 Meet the Gen-Z tennis talents who are set to take SW19’s courts by storm during the next two weeks.

It’s that time of year again: when South London comes alive with the taste of Pimm’s, the sound of bouncing tennis balls and the scent of sporting drama. Wimbledon — the world’s oldest and arguably most prestigious tennis tournament, which never fails to provide historic sporting moments (think Andy Murray lifting the trophy in 2013 or Serena Williams beating her sister Venus in 2002 to win her first Wimbledon title) — is a star attraction in the capital, with tickets akin to gold dust these days. The tournament is a rite of passage for any tennis star in the making, and this year there’s a fresh batch of young talent capable of throwing some incredible sporting curveballs onto the green courts. Here, we’ve rounded up four youngsters to watch, be it on your TV screens or inside Wimbledon itself.

After being catapulted to sporting stardom in 2019 after beating Venus Williams on Wimbledon’s Centre Court at just 15 years of age, Cori — known as Coco — has proven she’s a force to be reckoned with. Now 18, the Florida native first entered Wimbledon in 2019 as a qualifying wildcard, but went on to wow spectators as she won against her first three opponents in a row, which included Venus, one of her sporting heroes. Since then, Coco has become the youngest player in the top 100 by the Women’s Tennis Association, currently sits at number 12 in the singles world ranking as of June 2022 and made it to the French Open final this year. Off court, Coco’s open about who she looks up to most in sport, citing American basketballer LeBron James, and fellow tennis legends Naomi Osaka and Billie Jean King.

Currently the world number one, ranked by the Women’s Tennis Association, Iga’s the 21-year-old tennis superstar who’s been one of the darkest horses in the game for the last few years, but is finally getting the recognition she deserves. With a competitive nature and sporting talent in her blood, Iga was encouraged to take up sport from a young age by her father Tomasz, who competed as a rower in the 1988 Seoul Olympics. She first lifted the French Open trophy in 2020, becoming the first Polish player to win a Grand Slam singles title. This major milestone also broke records held by two other tennis stars, as she became the youngest singles champion at the tournament since Rafael Nadal in 2005 and the youngest women’s singles champion at a major since Maria Sharapova in 2004. Iga caught the eyes of spectators and commentators alike after she won against Coco Gauff at the French Open this June — she’s currently on a 35-game winning streak, so her time at Wimbledon this year will be one to watch, especially with many comparing her to Serena Williams.

At just 23 years old, Stefanos has already broken a record for his country as he’s the first Greek tennis player to ever be ranked in the top 10 in world rankings. Now ranking at number five, Stefanos’s career-defining moment came when he beat Rafael Nadal in the quarter-finals of 2021’s Australian Open and then going on to win against him again in the Barcelona Open final. Despite coming from a tennis-loving family — his mother was a professional player and his father trained as a coach — Stefanos started his sporting career as a journalist (of sorts), updating readers who followed his popular tennis-focused Facebook page on any news from the sport, before turning professional in 2016. The Greek icon first caught the eye of tennis fans in 2018 when he beat Novak Djokovic at the Canadian Masters 1000, and is set to have a promising tournament in London this year.

Despite being knocked out of this year’s Wimbledon tournament in a second-round defeat, Emma Raducanu — who’s only 19 years old — remains destined for big things in the world of tennis. Since her whirlwind tournament at Wimbledon last year — which saw her start as an unknown wildcard to then being ranked number 11 in the world — Emma Raducanu has become Britain’s poster girl for homegrown tennis talent. Emma was raised in Bromley, South London and started playing tennis when she was five (among other sports including golf, dance, and biking) before turning professional in 2018. She reached the fourth round of Wimbledon last year and went on to make history at the US Open as the youngest British female to win a Grand Slam in 44 years. She’s been hailed as a sporting icon and an inspiration for female tennis players, especially after displaying such authenticity when she retired halfway through a fourth-round match at Wimbledon last year for health reasons. Off court, Emma has become an ambassador for countless big brands such as Tiffany & Co, Dior, British Airways and Evian. Feeling the support of her home country behind her, Emma seems at home on European and American courts so will be one to watch at overseas tennis championships later this year — and will no doubt cause a stir at Wimbledon in 2023.