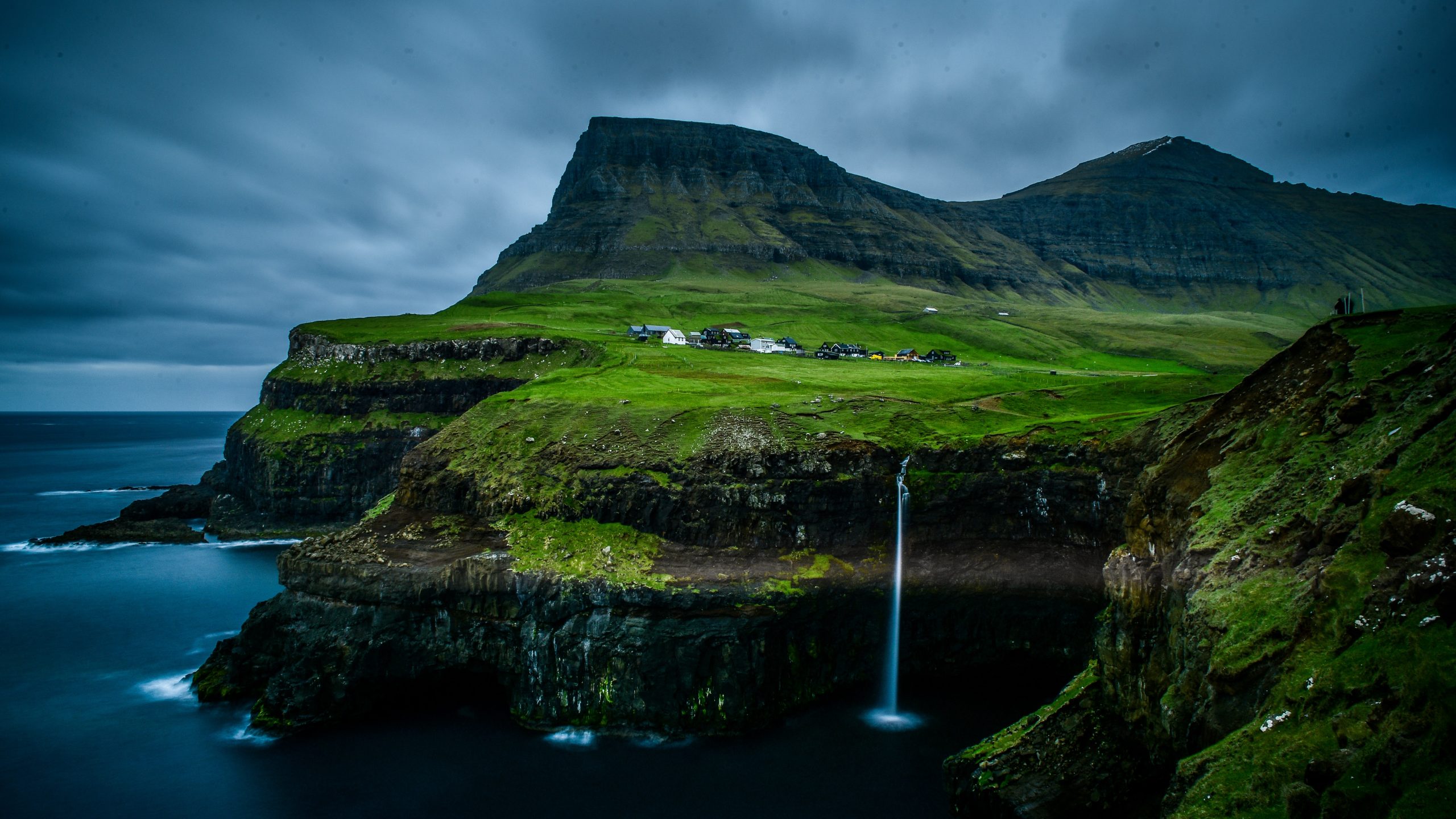 Five of the best outdoor adventures on the Faroe Islands

From waterfalls and mountains to islands and lakes, have an adventure of a lifetime during your holiday in the Faroe Islands.

The Faroe Islands are a North Atlantic archipelago located 200 miles north of Scotland, and about halfway between Norway and Iceland. Like Greenland, it’s an autonomous territory of the Kingdom of Denmark. Home to rugged cliffs and a subpolar climate, its environment has a lot to offer nature lovers and explorers.

Múlafossur is one of the most famous attractions in the Faroes. Located on the highest mountain of Vagar Island, this waterfall gushes out of steep sea cliffs and thunders straight into the ocean below. To experience this natural wonder try trekking the Postman’s Path, which once linked the village of Bour to Gásadalur — the archipelago’s last inhabited location to be connected to the road system. Gásadalur is home to just a dozen inhabitants because of its tricky location, situated between two mountains, and the population sadly decreases year on year.

The narrow island of Kalsoy – nicknamed ‘the flute’ because of its shape — is known for the Kallur lighthouse, perched on a precipitous cliff over the North Atlantic. Boasting 13 peaks, 11 valleys and four villages for a population of around 150, it’s one of the best places to go exploring in the Faroes. To reach the famous lighthouse, start from Trollanes, a small village of about 20 people, follow the unmarked path towards the isolated structure. The hike is more manageable compared to other trails in the Faroes, and the views from the finish line are some of the most recognisable in the Nordics: rugged cliffs clad in shades of green, wind-whipped clouds and — on a sunny day — deep-blue waters.

The viewpoint above Funningur village, on the northwest coast of Eysturoy, can be reached via a popular short hiking trail; resting about 10 minutes away from the Gjáarskar mountain pass, it’s ideal for travellers who enjoy adventure but don’t want to set out on challenging treks. The panoramic spot gives bird’s-eye views over the Funningsfjordur fjord, the surrounding mountains and Kalsoy Island in the distance.

Dubbed ‘the paradise of birds’, the westernmost island in the Faroes is the breeding ground for a wide range of migratory seabirds including thousands of puffins, which nestle in burrows across Mykines over the summer months. On the rocks at the foot of the island, there are colonies of cormorants, while the eroded, rugged cliffs make perfect nesting ledges for guillemots and razorbills. On the grassy slopes above the bird cliffs, thousands of puffins have their burrows. It’s because of this that Mykines has been identified as an Important Bird Area by BirdLife International.

The hilly hike from the solitary Mykines village to the Holmur lighthouse at the tip of the island passes through these nests and provides scenic views of the ocean to the west and other islands to the east.

The largest body of water in the Faroes, Sorvágsvatn extends over a cliff that tilts towards the ocean and spills into the water below in one small waterfall. It’s situated on Vagar Island and is surrounded by a high cliff, preventing it from emptying into the ocean through the waterfall of Bosdalafossur. While the elevation difference between the sea and the lake is only about 98ft, due to an optical illusion the reservoir can seem a lot higher, making it a fun spot to observe from different viewpoints. Keep walking to the nearby rocky gorge and discover Geituskorardrangur, a towering sea stack rising out of the ocean.