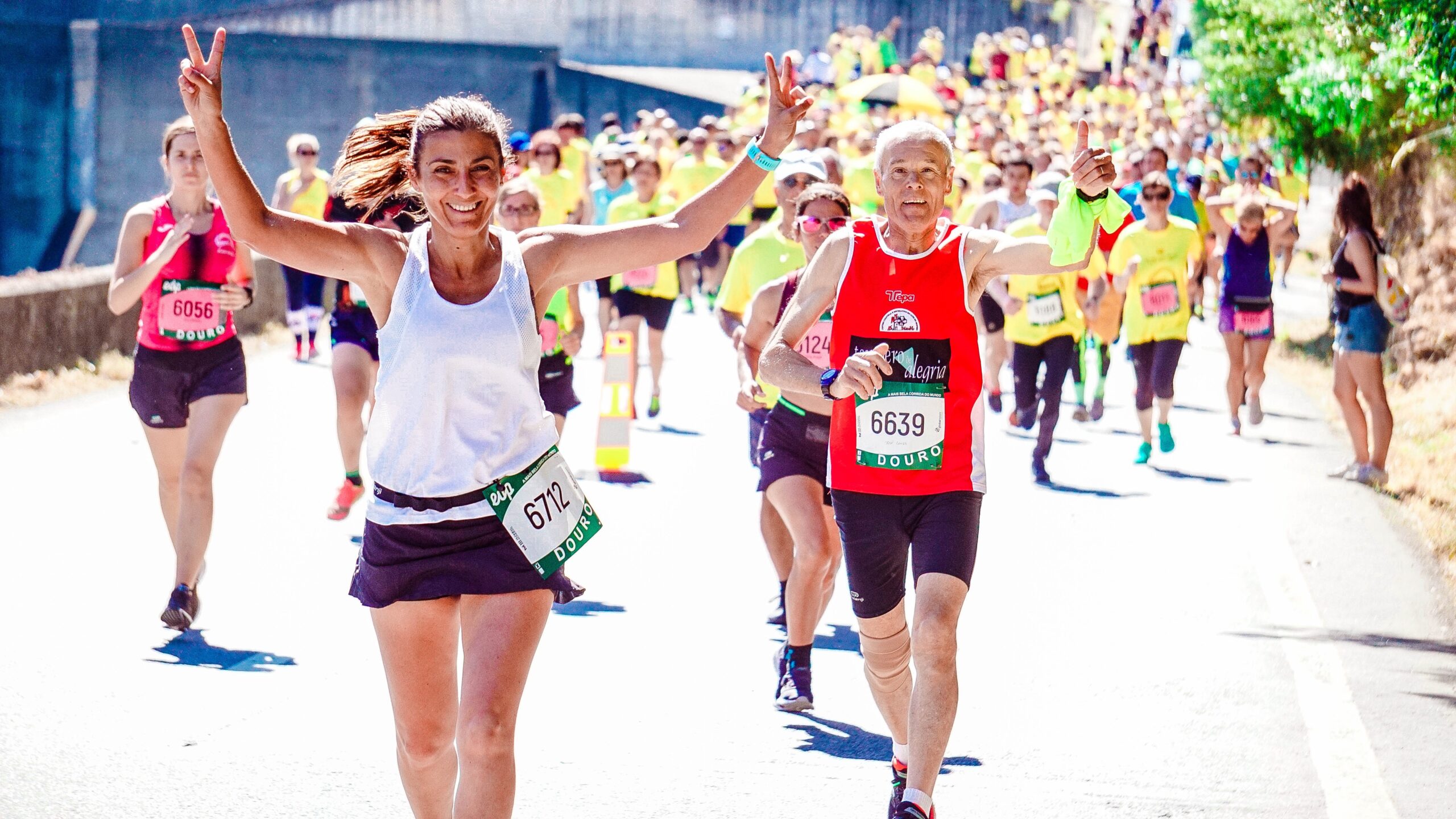 New Year’s resolutions often include fitness goals, but is taking on a marathon a realistic challenge for someone new to running?

Running a marathon regularly features high on people’s New Year lists, with some throwing themselves in the deep end and entering events like the TCS London Marathon. But is this feasible within a year of taking up running?

For Sophie Hall, 57, running a marathon was a bucket-list goal, but there was a problem: a high-pressure job with long commutes (from Wiltshire to London twice a week) meant there wasn’t much time to train. But when her husband became ill with Huntington’s disease — a condition that affects the nervous system and causes changes in movement, learning, thinking and emotions — Sophie wanted to raise awareness and funds. She asked Huntington’s Disease Association if she could run the London Marathon to raise money for the charity, and was accepted.

“I was scared and excited in equal measure,” Sophie laughs. “Looking back, I didn’t know what I’d let myself in for, but I was determined to go for it.”

So, what do you need to make it?

Regardless of experience, a training plan is key, so you can build up mileage gradually and get your

body used to running long distances. Sophie found a running coach who devised a plan based on four runs a week that fitted into her busy schedule. “It hadn’t occurred to me how many miles I’d do in training — I focused on the 26.2-mile goal. I hadn’t even thought about the 600km I’d run in the weeks ahead!”

There are many online training plans, but as Liz Yelling, Olympian and running coach, advises, “Don’t

overcommit to a plan, balance it against life commitments.” Sophie ran twice in the week at 5am and twice at weekends. “It took over my life to a certain extent,” she admits, “I turned down socialising, compromised some family time and became teetotal.”

A walk/running approach is a safe option. ‘Jeffing’, a method devised by Jeff Galloway and used by thousands of runners, increases mileage while reducing the risk of injury and fatigue. The popular

Couch to 5k programme is based on this premise but can be adapted for longer distances. As Liz explains, “A minimum of eight to 10 months of consistent training is preferable, as it can take three or four months for your body to adapt before starting a marathon plan.”

Read more: Fitness snacking: can short workouts get you into exercise?

What should you eat?

Fuelling runs, runners’ jargon for supplements like gels or sweets that provide energy for a long run, are essential. Sophie recalls: “Fuelling wasn’t something I’d considered but it was vital in completing the marathon. You don’t want to carry too much, but you’re on your feet for several hours.” Unfamiliar foods on race day can potentially lead to an unpleasant phenomenon known as ‘runner’s trots’ — an inescapable urge to visit a Portaloo.

And what about before race day? “It’s important to eat a healthy, balanced diet during training as you’re more susceptible to colds from the pressure on the immune system,” says Liz.

Despite suffering a stress fracture in her foot near race day, Sophie completed the marathon in just over six hours and raised nearly £7,000. Needless to say, it was a life-changing experience. “It wasn’t easy, and I had moments when I felt I’d taken on too much, or was too old, or out of shape for this massive challenge. But talking to other members of the running community, I accepted this was part of the journey.”

While it’s certainly not for the faint hearted, Sophie is proof that it’s possible to run from zero to 26.2 miles in four months. All it takes is commitment and a strong support network by your side.