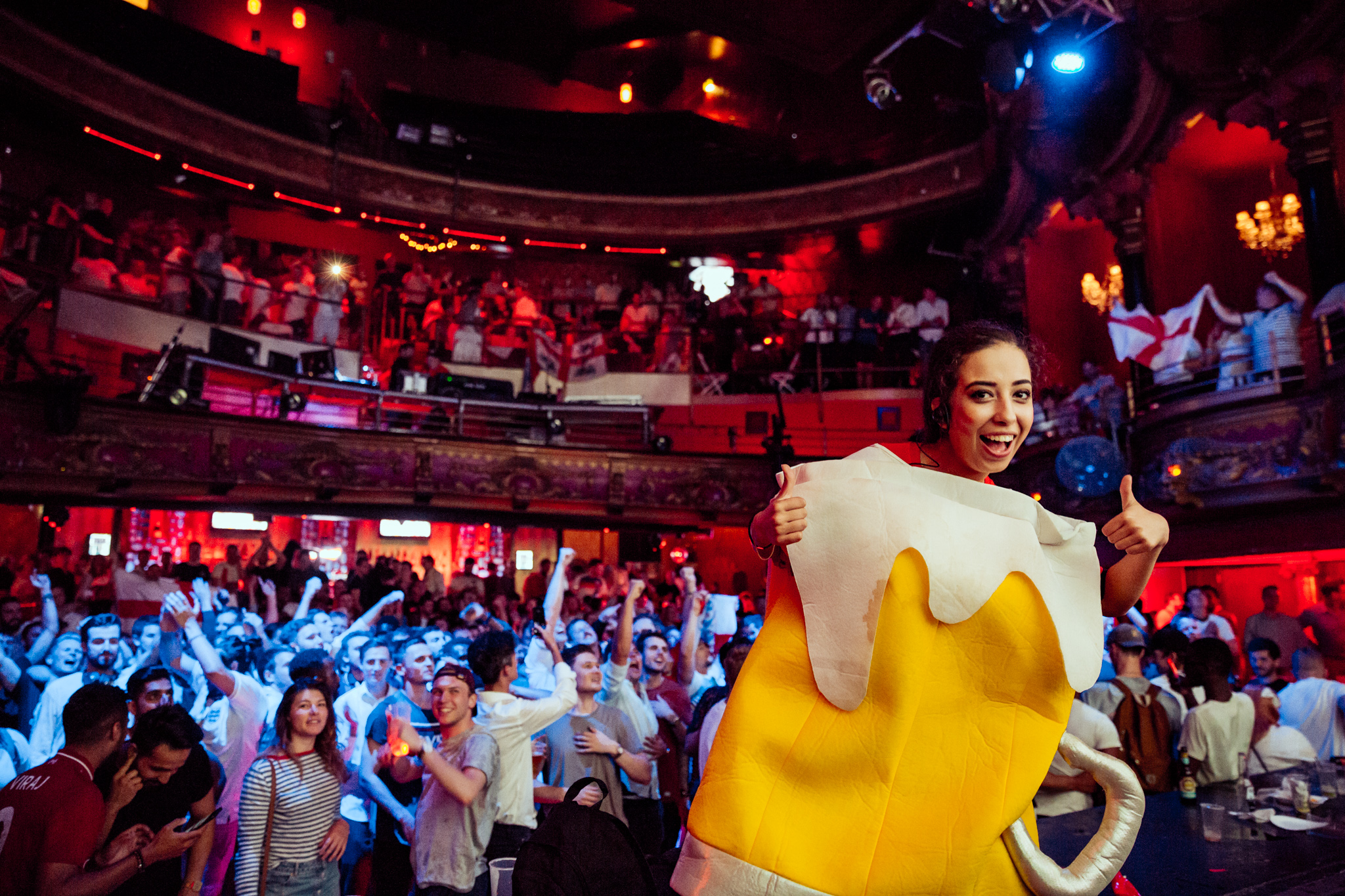 Where to watch the 2022 World Cup in London this winter

With the World Cup in Qatar nearly upon us, Living360 rounds up some of the best pubs and sports bars across the capital to book for the big games

Yes, that’s right. Another major football tournament is nearly upon us. A lot has changed in the 12 years since Qatar was announced as the host nation. The men’s team have actually got quite good (although they’re yet to win a major trophy, unlike the mighty Lionesses), while home nation Wales have finally qualified for their first World Cup since 1958, and will face England in the final group stage game on 29 November in what’s set to be the tie of the tournament.

The most significant change, however, will see the World Cup played in winter for the first time ever. And while the players will be getting used to the dry desert heat in Qatar, you’ll be doing some assimilating of your own, swapping beer gardens for tables by the fire and ice-cold cider for warming mulled wine. It may sound peculiar, but honestly, we can’t wait.

Ahead of the home nations’ first games on 21 November, we’ve gathered together a selection of the capital’s leading pubs and sports bars so you can get ahead of the game.

The king of kings, this legendary London sports bar in West Kensington has been the backdrop of jubilation and misery for thousands of football fans over the years. Indeed, the Famous Three Kings was voted Sports Pub of the Year in the UK for three years running, between 2017 and 2019, and having reopened after a comprehensive renovation, it’s primed and ready for the winter World Cup. Three large bar areas are complemented by a multitude of screens, while intimate seating areas spread across several floors are ideal for groups looking to avoid the now-obligatory beer soaking when England or Wales score. Half-time bites come in the shape of soft-shell tacos packed with shawarma chicken and shredded duck, while indulgent sharing platters, which include both vegan and veggie options, will keep you and your crew sated well into extra-time. 171 North End Rd, London W14 9NL

Live DJs, pre-game prize giveaways and a 24ft HD screen: Clapham Grand’s raucous matchday experience is back for another tournament, adding its festival atmosphere to the excitement and tension of high-stakes football. Expect mass sing-alongs soundtracked by the Grand’s resident DJ, themed photo booths and an extra six plasma screens for ample viewing around the Clapham Junction venue. This was one of the hottest tickets in town during last year’s European Championships, and demand will be just as high this time around. Tickets to England vs Iran are still up for grabs at time of writing, with standing areas (£12), four-person tables (£17.50) and private standing-only boxes (£17.50) all currently available, so book now to avoid disappointment. 21-25, The Clapham Grand, St John’s Hill, London SW11 1TT

Read more: Where to celebrate Afternoon Tea Week in London

Bar Kick will be east London’s home of football when the World Cup finally kicks off in three months’ time, with the live sport hotspot on Shoreditch High Street welcoming fans in from the cold with table football, live DJs and 12 big screens set across two floors. Groups who want to enjoy the big match away from the crowd can book a private space for up to 20 people, which offers easy access to the bar, a foosball table and a 4K TV screen, while a semi-private space offers all of the above for up to 35 people. A stellar line-up of po boys, burgers and fried chicken, as well as crispy fried aubergine with a katsu curry dip, is complemented by a cocktail menu good enough to compete with even the trendiest east London watering hole. Craft beers are also available on draught or from the can. 127 Shoreditch High St, London E1 6JE

Only a short walk from the Tottenham Hotspur Stadium, The Beehive in Bruce Grove is just the place if you’re looking for a friendly neighbourhood pub to watch the match in (as long as you don’t mind the odd Spurs flag hanging from the wall). The pub will be beaming England vs Iran and Wales vs USA come 21 November in all three of its large indoor spaces (all of which are available for private bookings), as well as in its beer garden, which is sheltered and heated to ensure it feels almost Qatar-like. Redemption, Beavertown and Five Points complete a roster of exceptional local beers and real ales, offering a suitable accompaniment to the menu’s hearty pub grub. Stoneleigh Rd., London N17 9BQ

Set in among the thriving dining and recreation outlets of Nova and just a stone’s throw from Victoria station, Greenwood has become a fan favourite since opening its doors. From the exposed brass work framing the main bar to the emerald tiling and hanging foliage, this is certainly one of London’s smarter sports bars. There’s even an on-site barber shop so punters can have a spruce up before the big match. Pleasingly, all the requisite features of a winning sports bar can still be found here. Two floors offer a plethora of HD screens, ensuring you won’t miss a second of the action, while an American 8-ball pool table and shuffleboard provide the half-time entertainment. When it comes to feasting, the kitchen serves chicken wings by weight (500g usually gets you between 12-14), served alongside sandwiches, steaks and a moreish selection of sharing plates. 170 Victoria St, London SW1E 5LB