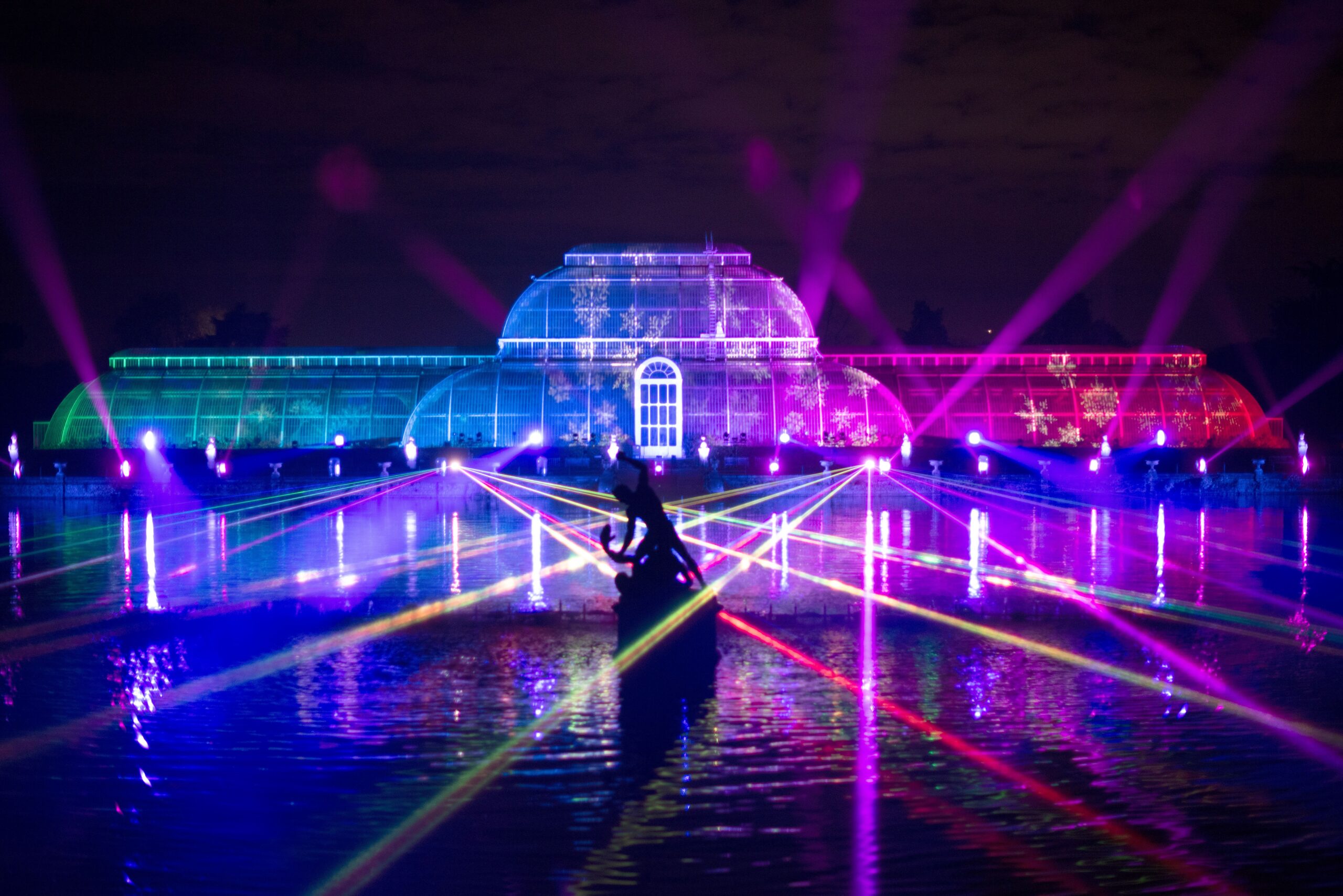 10 dazzling Christmas experiences to enjoy in and around London

From wreath workshops and spa days to Christmas cooking and light displays, here’s our pick of the best winter activities in and around London.

Twinkling lights are up, trees have got on their most festive attire and the city is at its brightest. Watch a Christmas film inside a royal palace, marvel at spectacular installations and ice-skate your way through merry stalls before sampling delicious treats. Now is the time to spread the cheer and truly embrace the holiday spirit.

See Kew Gardens in a whole new light from November to January as the UNESCO World Heritage Site glitters with millions of festive lights. Since its inception in 2013, Christmas at Kew has been a firm festive favourite in the run-up to the big day, with this year’s display featuring even more fantastic new installations.

Somerset’s iconic courtyard turns into a glorious ice rink once more (this year with bigger skate space), adorned with a 40ft tree that bears Moët & Chandon’s dazzling decorations. Skate or dance to buzzing DJ sets and tuck into sweet delights from Hotel Chocolat.

Beaverbrook’s real ice experience invites visitors to twirl their way around the rink while indulging in festive bubbles, hot chocolate and sweet treats. Enjoy unlimited skating, an Anglo-Italian meal at The Garden House restaurant and breakfast the next day with the Stay, Skate & Dine package at the Surrey-based hotel.

Read more: How to cook a knockout Christmas dinner on a budget

Hogwarts in the Snow

Witness the Harry Potter sets dressed for the festive season at Hogwarts in the Snow at Warner Bros Studio, Leavesden. Walk in the footsteps of the film’s characters in the Great Hall, dressed for the Yule Ball scene, before feeling the warmth of the Gryffindor common room. The first snowfall of the season will cover the Forbidden Forest, Diagon Alley, and Hogwarts Castle.

Following the sold-out success of the past 12 years, Soho jazz club Ronnie Scott’s is once again presenting an exclusive run of dates this winter with entertainment provided by the Ronnie Scott’s All-Stars. The talented line-up includes the club’s artistic director, James Pearson on the piano and vocals from Polly Gibbons, Natalie Williams, and Emma Smith.

Join The Happy Blossoms at its studio just outside of Wimborne, Dorset, and create a festive masterpiece to adorn your door. During the two-hour course, creative director Lauren will show you how to produce your very own bespoke mossed luxury Christmas wreath.

Read more: Three of the best spots for Christmas drinks in London

Elf, the smash hit musical, has returned to London’s Dominion Theatre for eight weeks only, until 7 January 2023. Based on the beloved 2003 movie starring Will Ferrell, Elf is the funny and charming tale of Buddy, who mistakenly crawls into Santa’s bag of gifts as a baby and is transported back to the North Pole and raised as an elf. Guaranteed to be a fun day out for all the family.

For a festive film experience, make your way to Kensington Palace Pavilion, decked out in sleigh-fulls of fairy lights. The Luna Cinema Winter is the ultimate festive treat, with 100 screenings of Christmas favourites such as Love Actually, Home Alone, Elf and The Holiday playing all season long.

Brighten up those dull winter days with your pick of seasonal packages at The Skin Lounge Spa, Southwark. Favourites include the Winter Goddess Package, where you’ll enjoy a warming body cocoon wrap, winter spa facial and scalp massage, and the Winter Spa Delight For Him And Her Package – ideal for a day of pampering with your other half.