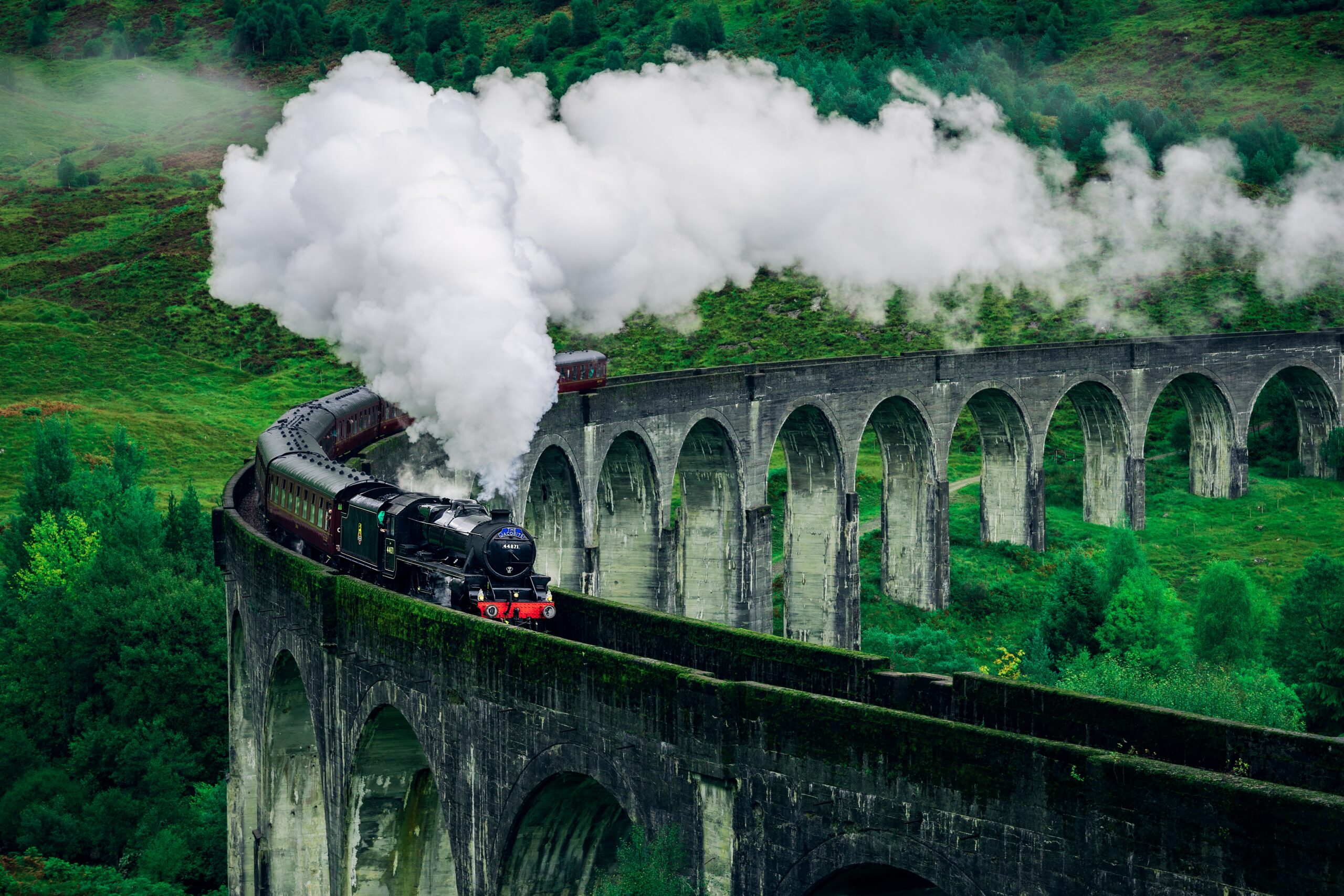 Seven merry rail journeys for a joyful ride around the UK

The twists and turns of these vintage railway trips guarantee to get you in a festive mood.

Many of the 150-or-so heritage railways around Britain host special Christmas trips, ideal for a festive outing in the build-up to the big day. Some offer carol singing, seasonal treats and sparkling light displays, and others Santa’s grotto visits or, in some cases, murder mysteries to solve.

Read on for our pick of the best.

Spend some family time travelling through the English countryside

Kent & East Sussex Railway’s Santa Specials are an institution among locals and visitors, having run for nearly 50 years. This December, travel through the southeast English countryside — including the unspoilt Rother Valley — aboard a beautifully decorated train. Santa himself will be doing the rounds with gifts and chocolates for the kids. Also, expect entertainment from a magician, plus Victorian carol singers on selected dates. Alighting in Tenterden, you can ride a Victorian carousel and marvel at a charming Christmas model village.

Indulge in savoury and sweet treats while taking in scenic views

Read more: The European theme parks to visit for a thrilling winter getaway

Great Central Railway’s Winter Wonderlights will see you boarding the UK’s only double track, mainline heritage railway, in Leicestershire. The steam train takes guests through the beguiling countryside of Charnwood, illuminated by lights sequenced to the music of The Christmasaurus by Tom Fletcher. The ride ends with a convivial singalong at Rothley Station.

Bond with colleagues over mince pies served on board

Ideal for office workers and even better for remote workers who rarely see one another, East Lancashire Railway’s atmospheric Christmas parties will take you gliding past the idyllic countryside of the Irwell Valley over the course of nearly three hours. Along the route, you’ll be served fizz, a traditional four-course Christmas meal and homemade mince pies, in decorated carriages.

Search for clues and solve a murder mystery

Severn Valley Railway’s Festive Murder Mystery Dining Experience has something different in store this year. The one-off events on 15 and 16 December, created in partnership with Murder by Appointment, invite you to crack the case in a Second World War-themed murder mystery while travelling in a 1930s carriage through the Shropshire and Worcestershire countryside. When you’re not busy deciphering clues and interviewing period characters, you can tuck into a gourmet four-course meal.

Drink hot chocolate and gaze at starry skies from your carriage

Traditional live brass-band music kicks things off at this Norfolk event on 1 December. After listening to cheery festive favourites, board the Bure Valley Railway’s Noel Night Train for an hour’s journey that lets you soak in the glories of the night sky in this region of low light pollution. A hot drink and mince pie or shortbread from the station cafe are included in the price and can be taken on board with you.

Reconnect with nature riding through a magical forest

Dartmouth Steam Railway’s Train of Lights offers a magical ride through wooded meadows and along the rugged coast of south Devon. The vintage steam train, adorned with glittering lights inside and out, travels through an enchanted forest with shimmering illuminations, and along the River Dart. Special trips with Santa for those with kids can also be booked.